Last night I had a difficult time sleeping. The bar was blasting music until 12  midnight  and the hotel owners dog broke off its chain.  The dog was howling and barking outside my door all night. I hit the snooze on my alarm and got up 30 minutes later at 5:30 a.m.. One of my panniers lost a critical screw yesterday. I was able to find a replacement in Kyenjojo at an auto repair shop and my bag appears to be fully functional again. The day was overall uneventful. We rode through a number of small towns. Arthur stopped in Kyegegwa for lunch. I ate a bit of pineapple that  I had bought earlier in the day, and continued on. I take less time for lunch breaks than Arthur but he tends to cycle a bit faster and catch up to me. This system of me leaving before him has been working out well. We Intended to stop in Kasambya, which would have made today a 140 kilometer day. However, there was nowhere to stay in Kasambya so we continued on another 13 km to Kakungube village. There was lodging at the local bar in Kakungube, but the accomodations were mediocre. Under normal circumstances we would have kept looking for lodging but it was getting dark and we were both exhausted. The bar was the only place in town to sleep, had no electrical outlets to charge electronics, had no running water and the bed was gross.. We were each given a half gallon of water to take  bucket shower with. I asked for more water as  I was filthy from the ride, but the request was denied.  While there was not enough water to completely rinse off the soap i had lathered on, I was relieved nonetheless to be somewhat cleaner. For dinner we went to the local street vendors and secured chapati, eggs, and beans. I also purchased iced ginger sweet tea from a woman. Buying street food has been one of my favorite experiences on this trip. When we returned to our rooms we were both cornered by a prostitute soliciting her services. I politely declined and went to bed. Today we cycled a record distance of 89.8 miles 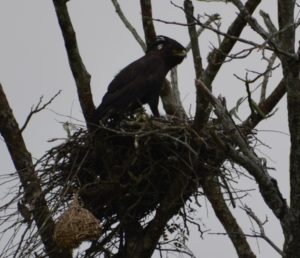