Today was fantastic. Its wheat and pepper harvest time and we’ve been riding through rolling farm land hills. The kids were pleasant for the most part, and I can happily say it was a uneventful day. There was some begging for money and pens and I had one fist sized rock thrown at me , but it thankfully flew through my spokes without doing any damage.  I got into a good rhythm listening to my breathing, which felt meditative,  as I climbed up a sizable hill. We stopped in the town of Demebecha for the night. I had quite the experience finding the right hotel room. I locked myself into the first room and couldn’t get out because the lock was damaged. I had to pass the key under the door to a hotel worker who unlocked the door. The second room he showed me the same thing happened. At this point I was becoming increasingly angry and frustrated. Fortunately the third room had a new lock which was fully functional.

A bunch of hay stacks I saw right before almost getting hit by a large projectile rock. 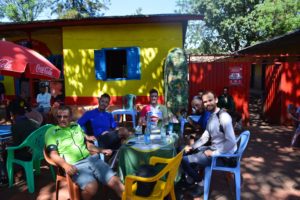 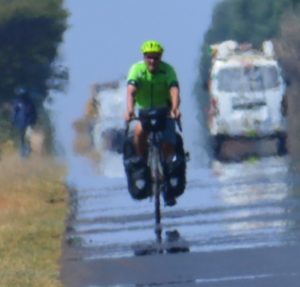 Canadian friend Adrien riding through the heat of the day.