Last night was very loud. I got sleep but could hear large trucks driving all night. We could have stayed at a mud hut but the conditions seemed primitive and not any better than camping. the floors are dirt and the rooms are open to mosquitoes with no electricity or plumbing. Mid day when it had become unbearably hot we found a couple small buildings and bought some Foole. We were surprised to learn that even the cats here eat Foole. We met Arbdu Haman a 24 year old computer scientist who belongs to the Grayat tribe that consists of 2000 members all related by a common ancestor and all residing in the Bohat region (20km long section of road claimed by this tribe). He told us that life is hard for his people and that he aspires to move to Australia or Saudi Arabia so he can provide a better life for his family. He wanted to know how America was different from Sudan. We learned that the wet season of Sudan comes after winter and is the time of year that people can milk goats and camels and till fields with wheat, tomatoes, and beans. Arbdu said this time of year is cold and he has to wear more clothing. Its hard to imagine what summer must be like if 80 to 90 Fahrenheit  temperatures are considered cool.  We were invited to stay on a cot but politely declined having not yet cycled as far as we wanted and continued on. We found a promising looking campsite an hour before dark and dragged our bikes a farther distance away from the hwy behind some small sand dunes. Within minutes a group of kids showed up and watched us set up camp. Arthur made the mistake of giving them some candy. More showed up and soon demanded more to which Arthur declined. We politely asked them to leave us alone because we were both exhausted and needed some rest. We ignored them and they started throwing rocks. Arthur was angry at this point and chased the group of children half a mile back to their house where he tried to tell an older man on the property that the children were harassing us. Fortunately the kids did not return that night. However an hour later in the night a car drove up and stopped close by. Two men proceeded to yell at each other in Arabic. I feared that they were talking about us and was a bit concerned.  5 minutes later the car drove away and I was able to fall asleep. 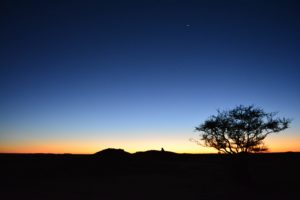 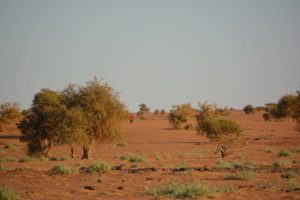 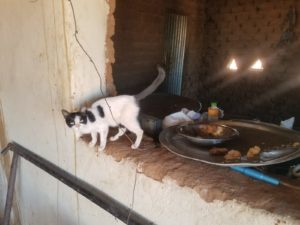 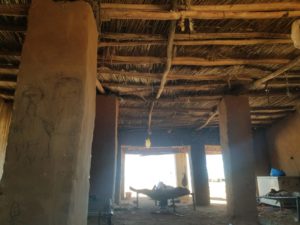