We left Ntungamo this morning and took a shortcut which saved us at least 50km to Ishaka. The first 20km were rough dirt roads. Locals waved as we rode passed small villages. An hour into the ride I passed a particularly excited bunch who were laughing and standing by the road. A woman reached out and touched my leg as I rode by. It struck me as strange but I think she was just really excited to see a white person. It took us nearly 3 hours to bike the 20km of dirt. My bike and body took a beating and it was a relief when we made it to smooth pavement. In the town of Kitaga we had lunch. I had African tea which is common here in Uganda. It’s hot milk with tea and sugar. I really like it,  but miss the fresh coffee of Ethiopia. We stopped for lunch just in time. Just as we were sitting down it started to rain lightly and about a minute later it came down in torrents. The street gutters quickly filled and I watched in awe under the shelter of a nice tin roof. Its supposedly the dry season here in Uganda, but dry is just about the last word I would use to describe the weather we’ve been experiencing. It passed quickly and were back on the road. I bought passion fruit at a small stand. A woman with a child in her arms asked me where I was from. When I told her America, she asked if I would take her child with me. It saddened me to see the sincerity in her eyes and I wish I could have. It’s hard to believe that a mother would be willing to make the sacrifice and give away her child so he could have a better life.

Happy to have shelter during the torrential down pour 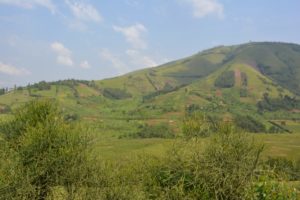 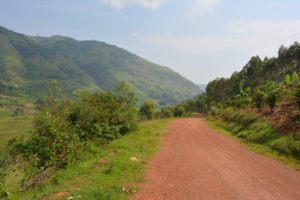 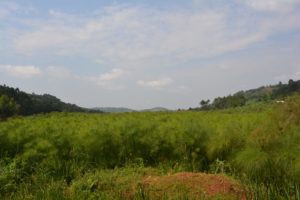 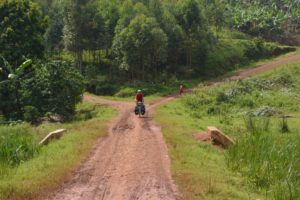 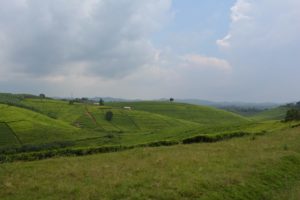 Watching steam rise from the jungle after a recent rain